No one knew what to expect when a group of friends came together to raise money for charity. What happened changed people's lives.

In May 2015 a group of singers led my Choir master, Norman Bailey, took to the stage to raise money for Alzheimer's research and care in the UK and Jamaica. Three months later they had raised £46,000.

This was the culmination of a year-long project that saw people new to singing, transform into a 4-part harmony choir, record an album and perform live in Covent Garden, London.

The money they raised will transform the lives of countless people coping with the devastating effects of Alzheimer's and dementia.

And the singers, their live have also been transformed. For some of them overcoming the fear of using their voices has transformed their lives beyond measure.

To find out more go to:

Vocal coach, Norman Bailey, explains how easy it is to sing well, even if you think you are tone deaf. His Love singing Method has transformed the voices of people who thought they would never be able to sing.

Would You Like To Fix The Problems You Have With Your Singing And Speakking Voice? 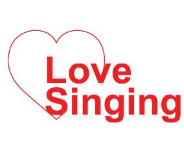 I had some great vocal training with Norman to support my choir singing as well as my yoga teaching and general public speaking. He gave me some tools to prepare myself for any event at short notice. Physiologically I'm less strained when singing or speaking for a long time. The effect of the change in my vocal projection is evident in the way people respond to me. Thank you Norman!

Taking the stress out of presenting

Is How You Present Yourself Holding You Back?

When it comes down to it, people buy from people. Whether it's face to face, on the phone or over the internet it's important that you make the right impression.

It's important that you overcome the obstacles to your success and present yourself with total confidence, so that instead of chasing the things you want, they come looking for you.

Present yourself with total confidence and get all the help you need to make your dreams become reality.

What comes to mind when you think about:

If these are things you'd rather avoid then  you are missing outon the opportunity to build a successful career and grow your business.

The art of  Successful project Development

Become a VIP (Very Influential Person) and it all becomes a lot easier.

MISSION CONTROL  gives you the guidance and support you need to:

How nice would it be to realise your dream project?

There's a science to creating a winning strategy

But it's not rocket science

Be one of the success stories 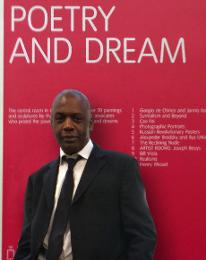 The Lovers  at Tate Modern

Find out more about the moving love story of two artists who changed the face of Modern  Art.

How Soon do You Need that Voiceover?

Do you need someone to quickly breath life into your Film, TV or Radio script, cartoon characters or narration? Then let's talk.

Voice Overs  -  Do You Want Your Project To Sound Its Best?

Find out how Norman's voice can make a difference

When I left Holyhead school, I dreamed of being an artist.  Unfortunately, as a young man growing up in inner-city Birmingham, this was not an option.  Thankfully, however, thanks to the guidance and support  from open-minded people, I was able to enjoy a fruitful career in the creative industries. Forever grateful for the support given to me,  I always feel the need t pay it forward.  I, therefore believe that helping the RSA to drive it mission forward, well be a great way to give back.

I welcome the opportunity to share my experience in the industry with like-minded creative people.  In my time in the creative industries I have work with several organisations working at the forefront of social change.  Together we have developed several educational programmes and resources.